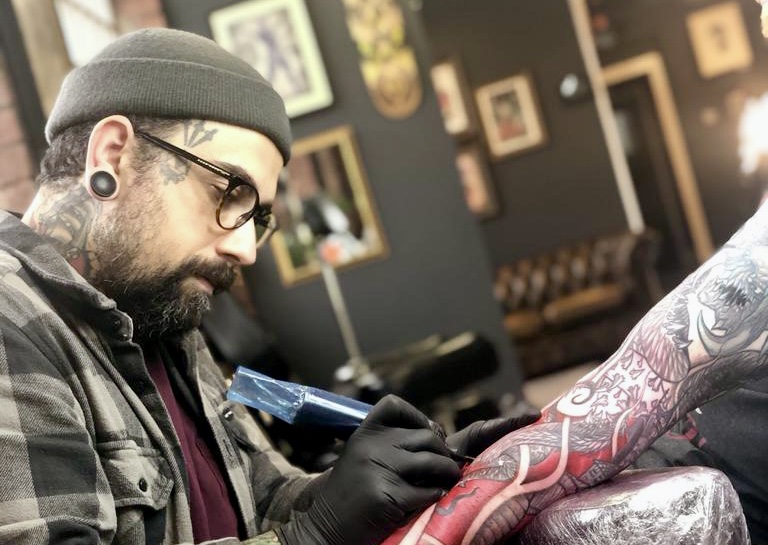 Ricardo Pedro is a Founder and All Rounder Tattoo Artist of Nexus Collective Studio and specialises in Neo Traditional, Neo Japanese and Letterings.

Rick has been tattooing for around 20 years, born in Almada (Portugal) where he learned from the great Paulo “da butcher” and tattooed for 10 years. He then moved to the UK where he worked at the epic studio that was Modern Body Art for another 10 or so years where he met his good friend Mark co founder of Nexus.

Rick has guested in shops and worked conventions all over Portugal, the UK and Europe but now prefers to work from Nexus Collective.

Wicket the dog has #wicket the #ewok for Andy 👊

Memento Mori I started a while back and finished t

Please Read Nexus Studio is acting as a drop off

Dragon hand piece for Kevin, thanks for coming dud